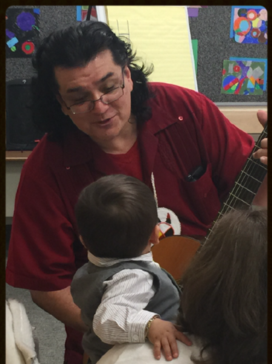 Roberto Dansie is widely regarded as the most eloquent and accessible contemporary authority on cultural diversity. He is an award winning speaker, Clinical Psychologist, author,  and humanitarian. He keeps the audience laughing, clapping, and inspired with music, storytelling and joy. He is a dynamic speaker, each one of his presentations is like a Navajo sand painting, created for the specific healing of those who receive it. Let your community be the next to experience Roberto's unique speaking style. 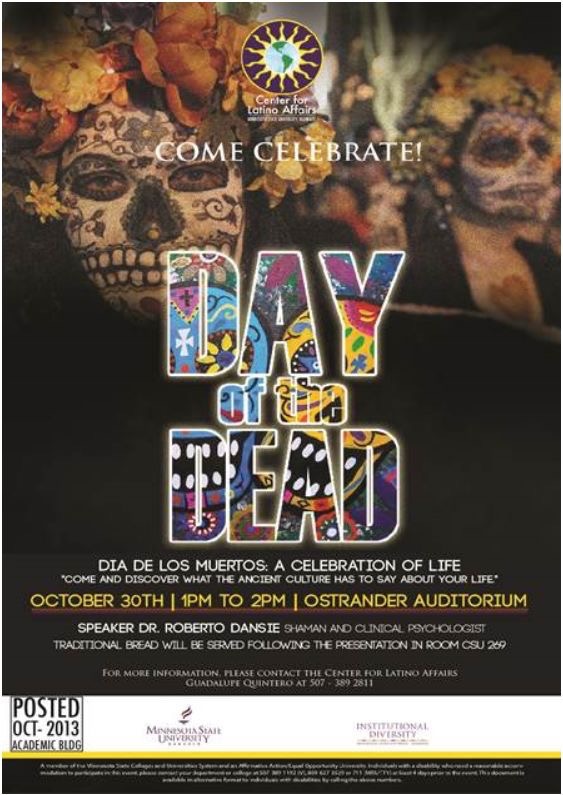 Cultural Wisdom(™) and Roberto Dansie specialize in making cultural events that matter, such as the Day of the Dead Celebration of Life at Minnesota State University, that Roberto keynotes each year. To read more about the Day of The Dead traditions in Mexico, read Roberto's article The Day Of The Dead.

The Cultural Wisdom team can help you organize your event, market it on social media, organize the community to attend and provide media promotion via web, news and radio outlets.

Dr. Dansie is asked to keynote many events such as Native American Heritage Day at University of Alabama Huntsville's Celebration.

Let your community be the next to experience cultural celebrations with Cultural Wisdom™! 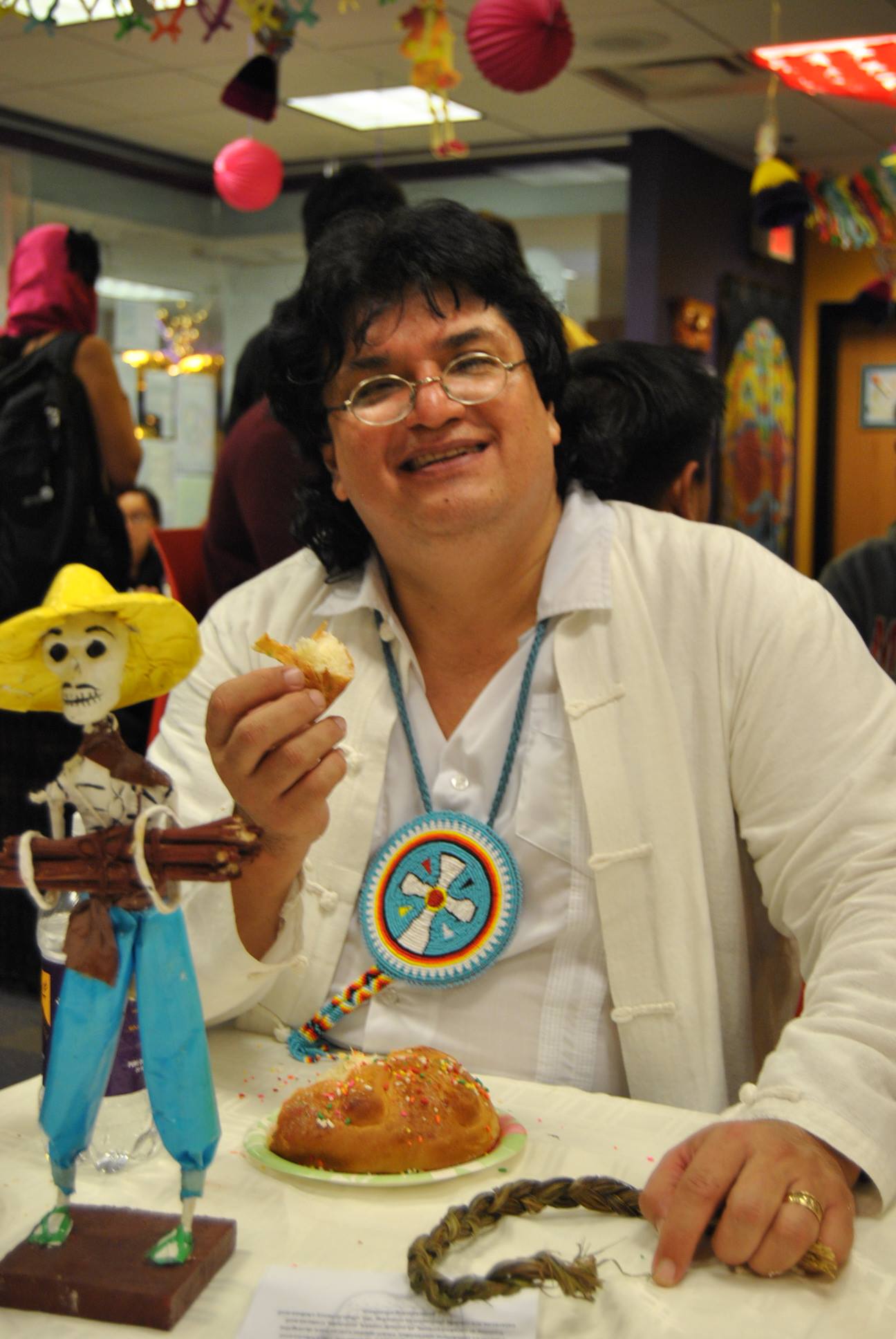 A Dynamic Facilitator, Roberto has the ability to create an inclusive environment that allows for deep experiences, even in large groups. He has conducted large group facilitation consultations more recently in Puerto Rico, with a particular emphasis in hope and resiliency all across the island.

Roberto has the ability to keep community engagement and involve them in creating healthy community, strengthening capacity of communities of color, people with disabilities, and people struggling with disparities to strengthen their ability to have a broader conversation about disability, race/ethnicity and culture.

The wisdom of of the ancestors

Roberto founded his speaking, consulting and community development company Cultural Wisdom(™) in 1998 based on a need he saw to preserve the wisdom of our ancestors. As a Toltec Tribal member with a professional background as executive director of  rural, migrant, and Indian Health organizations such as Pit River Health Services & Del Norte Clinics. He has a unique perspective on delivering culturally appropriate care. Drawing on his experience to bridge the gap in culturally appropriate communication, he uses his unique, inspirational style to keep participants laughing, clapping,engaged, entertained, empowered, and uplifted.

In 1981, Roberto won the World Championship of Martial Arts in Pusan, Korea. He has shared and taught these skills to youth and families throughout the world. Surgeon General Satcher commended Roberto for “Being a dedicated foot soldier for the health of the nation.” 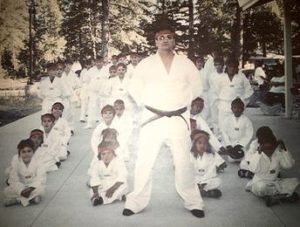 Early in his career in public health, he met with a public health crisis the world had never seen before, the emergence of HIV. He saw first hand as a substance abuse counselor and director of community outreach at The Boulder County Health Department the immediate impacts of fear on public health, particularly in communities of color. Instead of giving into the fear, Roberto created an unusual program, the second needle exchange program in the nation. He has continued to lead the work for HIV & Communities of Color, with National Minority Education and Howard University College of Medicine,  creating The Compendium of Culturally Competent Promising Practices. Arizona Public Media's special report on Roberto's work "How Cultural Sensitivity Can Improve Health Care"  and the PBS interview at University of Arizona with Dr. Sally Reel about his work in rural health, "Culture and Care" speak to the relevance of culture as a part of health and healing.

A recent news story about his keynote "The Power of Cultural Diversity" at Briar Cliff University began,

“With a jovial personality as colorful as the Toltec medicine necklace he often wears around his neck, Dr. Roberto Dansie is an easy man to like."

Describing what he does, on the other hand, is a more difficult task.

Is he an author? Musician? Martial arts champion? A Mayan medicine man, with a degree in Clinical Psychology?

“I’m all of the above,” Dansie says with a laugh. “My father was Irish-American, and my mother was Mexican. When you put Irish and Mexican together — this is what you get.”

It’s diverse background befitting of someone who speaks about “cultural wisdom” for a living. And Dansie, a nationally renowned motivational speaker (just one more thing to add to the list).

Dr. Dansie's work is part of a larger trend at Briar Cliff to emphasize cultural competence in all health care curriculums.

“What we’ve been doing mostly in our history of modern medicine is focusing on the illness and the symptoms,” Dansie said. “And that’s important – but we’re also finding out that this is still incomplete.”

That’s because the most basic ingredient in quality health care, he says, is the connection providers make with their patients — one that’s often absent when it comes to patients with diverse backgrounds.

For example, Dansie says, a provider might not have access to a translator for a patient who speaks a different language. Or specific treatments a doctor prescribes might be frowned upon in some cultures. In others, like the Native American culture, “medicine” can have a broader definition entirely.

“Native American communities, they have a much larger definition of what medicine is,” Dansie says. “It’s anything that makes me feel well. A prayer can be medicine, an elder giving words of compassion … falling in love is medicine.”

Roberto is the recipient of several awards including:

Humanitarian of Year from The International Medical & Education Trust of Columbia Missouri University, the distinguished "Mounted Medallion Award" from The National Indian Health Board, The Cesar Chavez Award from National Migrant Education, The Federal Award from the Administration on Aging and The Illinois Association of Agencies and Community Organizations Migrant Advocacy Award for Exemplary Dedication to IAACOMA and it's mission (The largest rural health organization in the nation.) 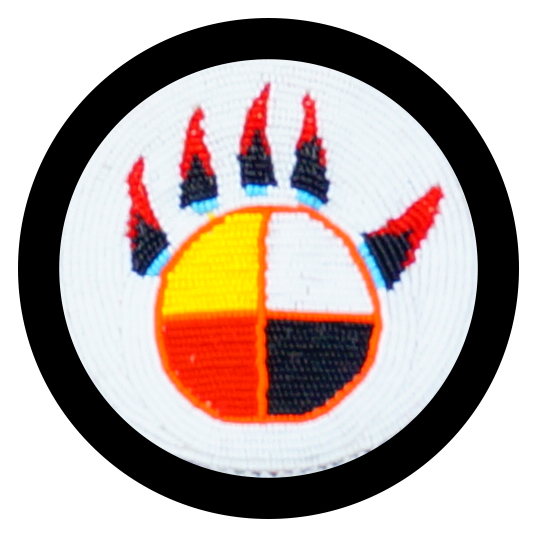 Request a quote or free consultation, and find out how Cultural Wisdom can help you!

Request a quote or consultation.